This year’s E3 was far better than the last 2 years. So much focus on games and gamers. I am not writing this blog to tell you who “won E3” or who is the best around (and nothing is gonna ever keep them down). I just want to point out some of my favorite moments of the big 3 and tell you that Nintendo knocked it outta the park 😉

Microsoft did so freakin good. Good games. Good vibes. Good peeps. It was all games. No TV focus or none of that crap. The Halo HD-makes got announced. I was super proud of these guys this year. After being called out by Sony last year, they deserved a good E3. And they were super classy about everything. No stabs at anybody else. They focused on games and gamers and I loved it. My game of their show is Sunset Overdrive. Looked fun and tons of action. I also loved the Dead Rising 3 DLC. I am not usually a big fan of DLC but this one is just Capcom having fun and poking fun at themselves. Good sports, those guys are.

I love me some Sony. I really do. But these guys seriously need to stop with their little jabs at MS. Show us why you rock by using your games and awesome sauce… not by making fun of other people. That’s what douchebags do. Don’t be a douchebag.

Anyway, Sony did show off some good games. The Order 188-whatever looks great now. I was not excited for that game until now. They had a bit of a lull in the middle of the conference but they picked it back up. The game I am most excited to see more of is Let It Die. Suda-51 and Grasshopper is making this game. I love Suda. He is always wacky and interesting.

It’s not a secret that I love Nintendo. Maybe I am biased but I thought they did really well… at least compared to the past few years. They showed they are fun and showed they have games. Legend of Zelda looked amazing 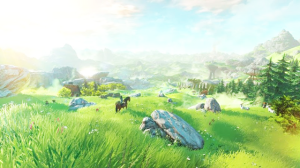 People are going to think I am crazy but my game of show for them was Yarn Yoshi. It just looked like pure awesome fun and it was gorgeous. Splatoon looked really fun too. Robot Chicken was a highlight but nothing tops Reggie and Iwata fighting. Good stuffs. 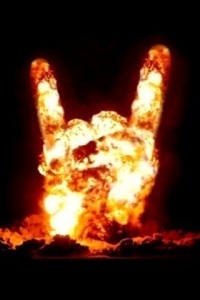